Zharnel Hughes describes the sound of his mother banging a spoon on her iron pot at home in the Caribbean.

The noise brings back memories of watching London 2012 on TV in Anguilla, where the laid back sprinter used to draw lines in the sand and race with his dad on the local beach.

Anguilla, a British overseas territory in the Eastern Caribbean, is not recognized by the International Olympic Committee. Hughes therefore pledged his allegiance to the GB team. 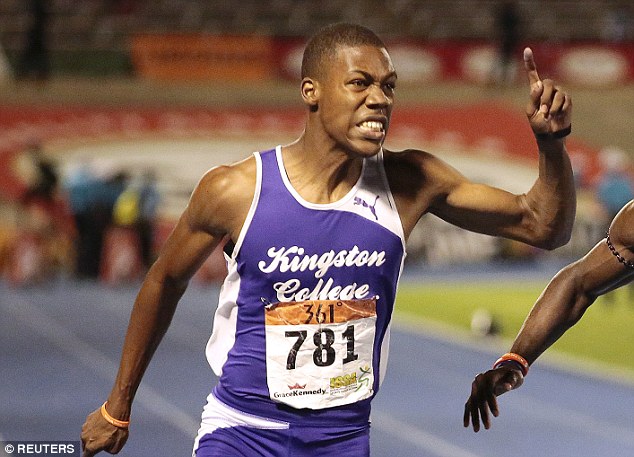 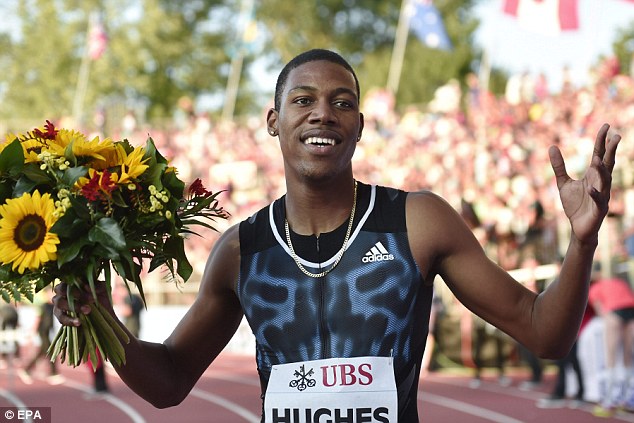 His new home is in the not-so-exotic surroundings of Uxbridge, west London, but he hopes to hear echoes from the family kitchen utensils when he makes his own appearance at the Olympic Stadium on Friday for the 200-meter run at the Sainsbury’s anniversary. Games.

“My mom is my # 1 fan and she’ll be clapping,” Hughes says with her thick, singing accent. “Whether it’s West Indian cricket or athletics, especially when Usain Bolt was racing in London 2012, she always grabs her iron pot and hits it with a spoon, hard! 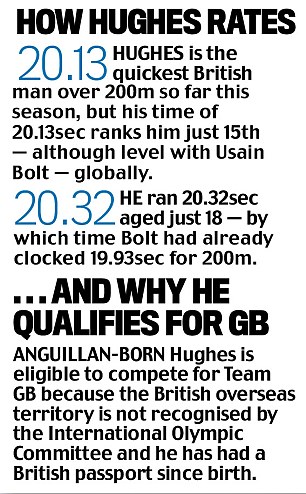 “Otherwise, she uses it for rice and peas with coconut milk and stewed beef, stewed chicken or baked ribs – my favorites.

Hughes’ brothers would join him on the track before “going to high school, meeting girls and getting lazy.” Now Hughes, who wants to be a pilot after his track and field career, is the last runner standing. He carries the flag of his family, of his island – its 35 square miles – and now of Great Britain.

The 20-year-old breathes the Caribbean but insists he hasn’t traveled the other side of the world just to mess around. He left Anguilla to study and train in Jamaica at the age of 16 and last year he ran 10.12 seconds to break the Jamaican high school 100m record set by his training partner, the 2011 100m world champion Yohan Blake.

Now, in the colors of Great Britain, Hughes wants to challenge another of his training partners, Bolt, for world and Olympic medals.

“From the junior ranks to the senior ranks, there are no more jokes,” he said. “I have to go out there and make a name for myself. I am focusing this year on the 200m, but I could double at the Olympics. I think I can run under 10 seconds and under 20 seconds in the 100 and 200m and I definitely thought of a medal in Rio.

“These guys like Bolt and Blake have accomplished a lot and I think I have the potential to do the same.” 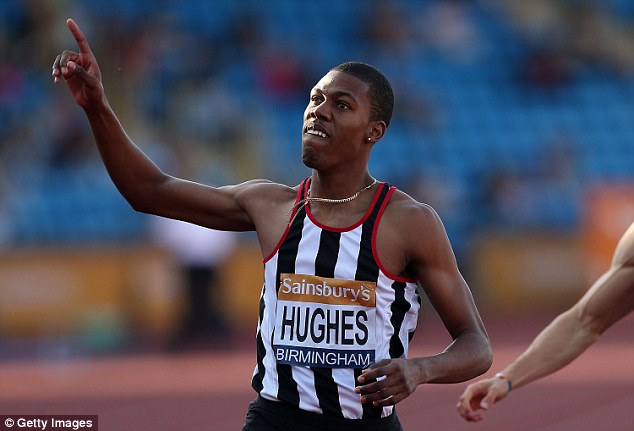 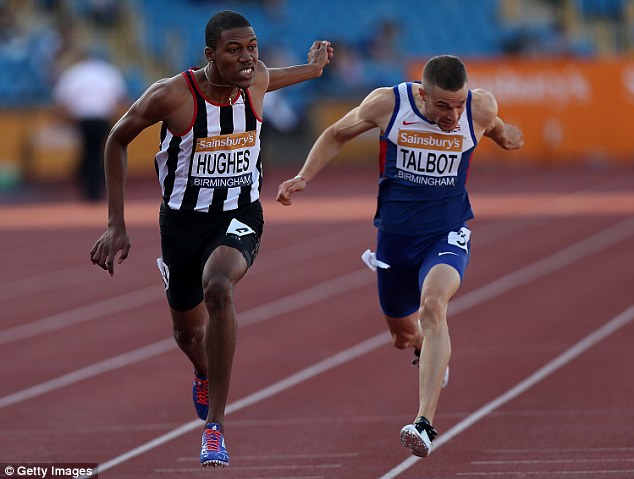 At 6ft 3in tall, Hughes has a slim build similar to Bolt, and their trainer, Glen Mills, was based in London this summer.

Proximity to Jamaicans meant a welcome supply of ackee, salt fish and green bananas for Hughes, but he lacks the daily dose of coconut milk that allowed him to perform grueling workouts in Kingston.

“You can’t expect to do great things by sitting and walking,” says Hughes. “My coach loves to see me throw up, I don’t know why he enjoys it! You can run as hard as you can and as soon as you’ve eaten a coconut you’re alive again.

“At home there was a little stall (selling it) right next to the track and every day after practice I went there.” 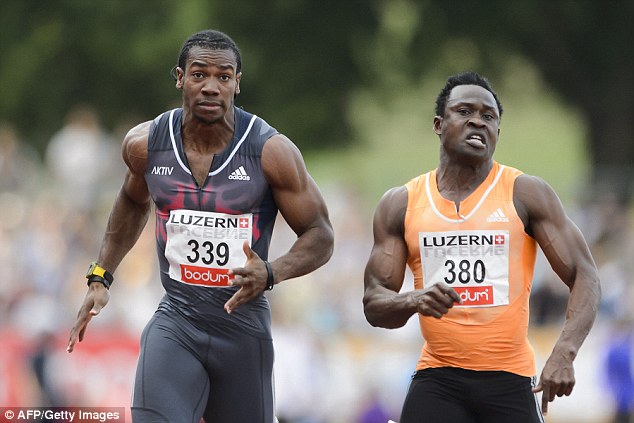 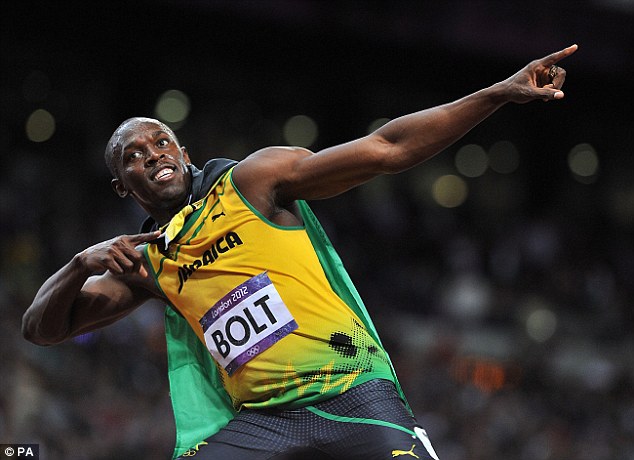 Hughes’ training methods, however, are clearly paying off. He won the 200m at the British Championships in Birmingham in 20.42 seconds earlier this month and a fortnight ago he became the first Briton to win a Diamond League 100m or 200m event. , setting a new personal best of 20.13 seconds for the victory in Lausanne, Switzerland. .

“I have always had a British Anguilla passport, which avoids certain queues at the airport!” he says. “And apparently all Anguillans in the UK live in a village called Slough, which maybe I should visit. I take advantage of it.

“For starters, the British weather training hurt my lungs a bit. But with the sun we’ve had here so far, it looks a bit like Jamaica. It feels a bit like home now. Almost.’

Mississippi senators join the letter citing the risks of leaving the military “directionless” without an authorized bill. US Senators Roger Wicker (R-MS) and Cindy Hyde-Smith (R-MS) attached a letter to Democratic Leader Chuck Schumer (D-NY) demanding that the annual National Defense Authorization Act (NDAA) be put to the vote without delay. The letter is signed […]

Taiwanese President Tsai Ing-wen marked the New Year with a message for China: Military conflict is not the answer. “We must remind the Beijing authorities not to misjudge the situation and to prevent the internal expansion of ‘military adventurism’,” Tsai said in his New Year’s speech broadcast live on Facebook on Saturday. China claims democratically […]

When Evelyn Hagen was first contacted by The Times Leader on Friday, she couldn’t believe what she was hearing. It started to be felt later that day, when a Times Leader reporter visited Hagen at her western Wyoming home: she was the latest winner of the TL Cares cash giveaway program. “I just couldn’t believe […]